We hope you will stop by the History Center to see what’s new, but until then, we hope you enjoy these puzzles depicting some of moments in history from Boca Grande! 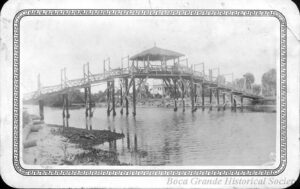 The Japanese Bridge (aka The Chinese Bridge) was built in 1929 by Barron Collier. This allowed golfers to cross the bayou from the Gasparilla Inn to the golf course. 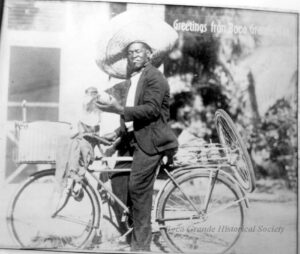 Murdock rode his bicycle all over town and he could often be seen on theater night selling roasted and boiled peanuts in addition to mosquito beaters made out of palmetto branches. At his shop located near the juke place one could also purchase Ding Dong Daddy perfume. 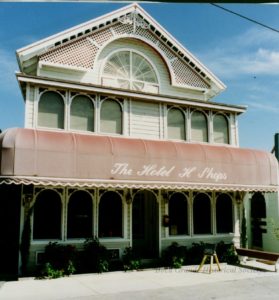 Picture of Hotel H (also known as Hotel Hell) after renovation in 1990. Building was also known as McMickel apartments in the 1940’s. There were shops downstairs toward the back. The first year showing on the tax roll is 1930. Blondie (Dishong) operated a beauty shop there, location of building is on E. Railroad Avenue. 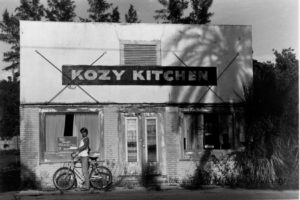 Popular and storied restaurant with the “locals” dating back to at least the 1930’s. The building was located across from the railroad depot on E. Railroad Avenue and was demolished in 1988. 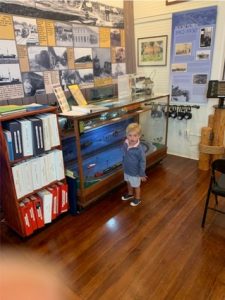 Children of all ages love exploring the History Center, as this young fan can attest. 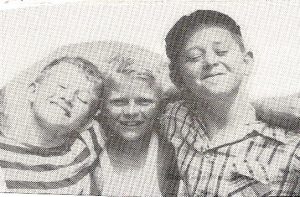 The mischievous faces of the “Bad Boys” in their early years give a glimpse into the idyllic childhood to be had in Boca Grande before the bridge, and foreshadowed their gleeful antics in later years. Enjoy this jigsaw puzzle of these iconic Island legends. 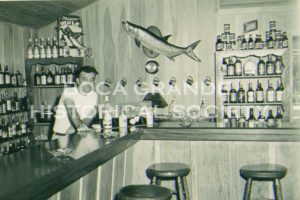 Where did the “Bad Boys” of Boca Grande hang out? All over the Island, really – this photo depicts the Pink Elephant, with beloved bartender, Forest Stover, on duty.